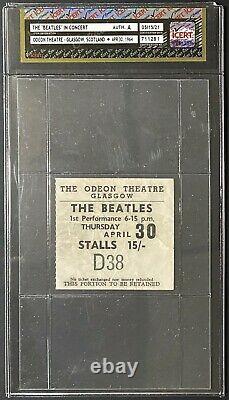 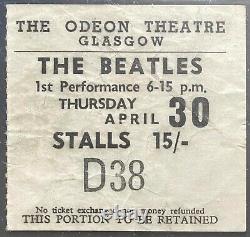 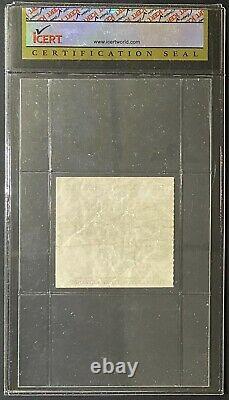 April 30, 1964 ticket stub for Beatles concert at The Odeon Theatre in Glasgow, Scotland. Authenticated by iCert with certification number 711281. One of two shows played at the Odeon Theatre that night. Interviewed by BBC's Evelyn Elliot prior to show. Show featured all of the Fab Four; John Lennon, Paul McCartney, George Harrison, and Ringo Starr.

Concert is shortly after the release of the band's second studio album, With The Beatles. Slabbed and authenticated by iCert. Ticket itself is in very good condition with light surface creasing throughout but no rips or tears and a very clean entry rip along the perforated edge. Follow us on Instagram and Facebook (glorydayscollectibles) to keep yourself updated on our upcoming auctions and events.

BE SURE TO BOOKMARK OUR SITE AS WE ARE CONSTANTLY ACQUIRING NEW & INTERESTING COLLECTIBLES WEEKLY. The item "1964 Vintage Beatles Concert Ticket Stub Glasgow Odeon Scotland Authenticated" is in sale since Tuesday, June 22, 2021. This item is in the category "Entertainment Memorabilia\Music Memorabilia\Rock & Pop\Artists B\Beatles\Other Beatles Memorabilia". The seller is "glorydayscollectibles" and is located in Etobicoke, Ontario.

This item can be shipped to United States, Canada.