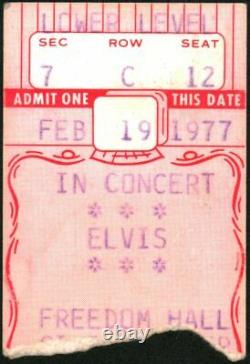 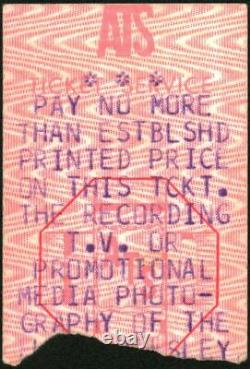 Ticket stub measures approximately 1.50" by 2.20" with entire' ELVIS' name still visible. Ticket stub is still in excellent condition with little creasing. Also, there are no pinholes, writing, or tape residue on ticket stub, either. The item "Elvis Presley-1977 RARE Concert Ticket Stub (Johnson City-Freedom Hall)" is in sale since Saturday, May 1, 2021. This item is in the category "Entertainment Memorabilia\Music Memorabilia\Rock & Pop\Artists P\Presley, Elvis\Concert & Movie Memorabilia".