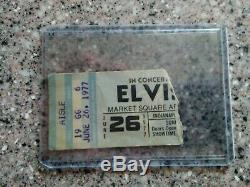 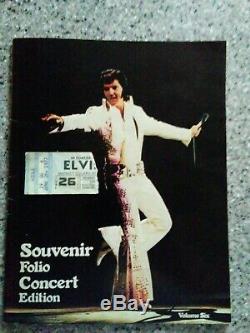 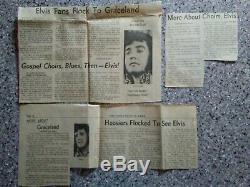 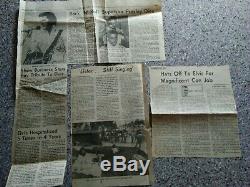 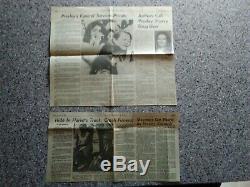 ELVIS PRESLEY LAST CONCERT ORIGIAL TICKET STUB with Souvenir Folio - Concert Edition Volume Six and related newspaper articles. Offered here is a rare original. Ticket stub from the Elvis Presley. Concert that took place at Market Square Arena. In Indianapolis, IN on June 26, 1977. This was the last ever Elvis Presley concert shortly before his untimely death on August 16, 1977. The ticket stub is about 2/3 of the original full ticket. The ticket stub is in very good condition.

There is a diagonal crease in the upper left corner and a vertical crease just to the right of the vertical blue bar that says "ADMIT ONE ON ABOVE DATE ONLY". The newspaper articles are from the August 17,18,19 1977 editions of The Indianapolis News after the death of Elvis on August 16, 1977. All items are in sleeves.