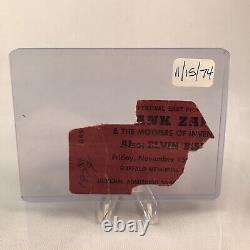 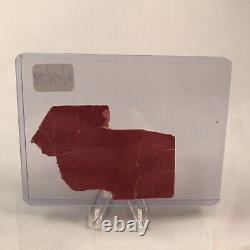 You will be purchasing a vintage 1974, Frank Zappa and The Mothers Of Invention concert ticket stub. It was from a show at Buffalo Memorial Auditorium in Buffalo, New York on November 15, 1974. The ticket is badly damaged with missing pieces. "1979" is written on the ticket, but further research proved this ticket to be from 1974.

It also has a lot of bends. Still very cool and rare! See pictures for more details. This item is in the category "Entertainment Memorabilia\Music Memorabilia\Rock & Pop\Artists X-Z\Zappa, Frank".

The seller is "oddsandwearsstore" and is located in this country: US. This item can be shipped worldwide.