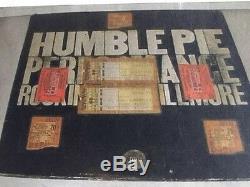 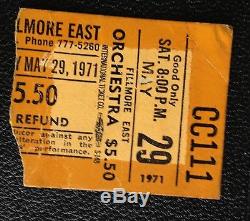 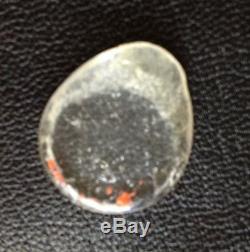 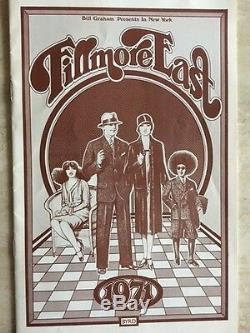 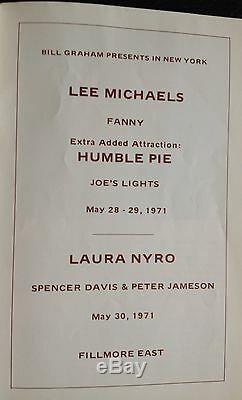 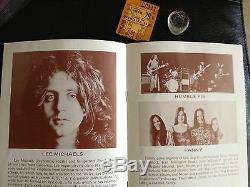 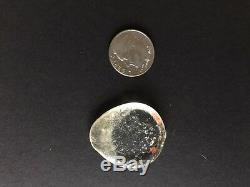 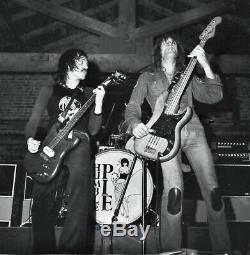 This guitar pick is a fabulous piece of Rock history. Rocking The Fillmore was rated the #1 live rock and Roll Album.

I acquired this pick, program , and ticket stub from a Humble Pie Super fan, She saw Humble Pie many times and was at the May 29th show at The Fillmore East and was on the 3rd row front and center.. The first row was two feet from the stage.

This is her story on how she was fortunate to get this pick... Me and a friend of mine had tickets that night to see Humble Pie wit headliner Lee Michaels. The opening act was called "Fanny" But that night was magical it turned out to be a great Humble Pie Live Album. We were setting 3rd row center, right in front of the stage, which in the Fillmore the first row was very close. As we were yelling up to Steve Marriott, and all of a sudden at the end of the song he looked down at us and tossed his guitar pick in our direction, and me being shorter than my friend, I was not able to reach up and grab the pick, but my friend setting next to me did catch it and he turned to me and handed it to me.

WOW that was something else. And then the LP came out. I don't remember how long after the show the album came out but soon s it did get the album, I taped all the Humble Pie tickets that I had on that Rockin the Fillmore LP along with the Steve Marriott guitar pick. I was surprised to see this pick was made out of plexiglass and how thick it was. I guess she thought it would be better to sell the items individually...

A guitar pick used by Steve Marriott during the live recording of Humble Pie Performance Rocking The Fillmore... Please se picture of Steve Marriott at the Warehouse in New Orleans. If you zoom you will see him playing with a thick plexiglass pick...