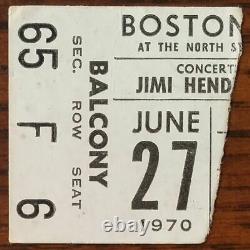 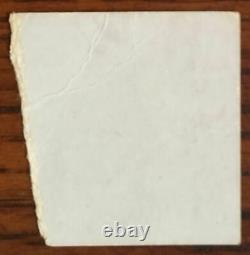 Ticket stub measures approximately 1.50" by 1.50". Ticket stub is still in very nice condition with minimal/normal creasing for its age. Also, there is no tape residue, writing, or pinholes on ticket stub, either.