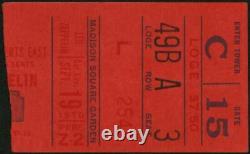 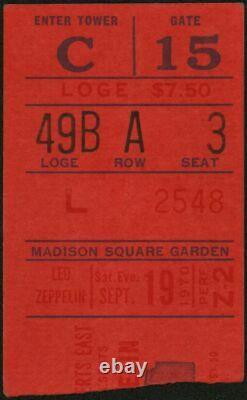 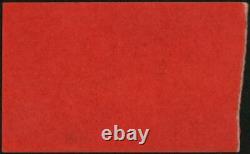 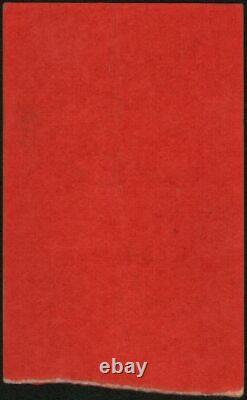 This concert also took place the day after Jimi Hendrix's untimely death. During this concert, Robert Plant pays tribute to Jimi Hendrix in between songs. For those of you that listen to underground Led Zeppelin live recordings, this is one of the band's best ever concerts during their 12 years together. The Led Zeppelin LP, Led Zeppelin III , on Atlantic records and tapes would be released just a couple of weeks later. Not accepting offers on this item. Please check out my other auctions for more rare concert ticket stubs/music magazines from the 70's/80's. Old concert ticket stubs are some of the most sought after items amongst Led Zeppelin fans and collectors. This concert ticket stub would make a great collectible for any Led Zeppelin/John Bonham fan or collector. Don't miss out on this rarity. Ticket stub measures approximately 1.75" by 2.75". Other than some creasing, ticket stub is in good condition. Also, there is no writing, pinholes, or tape residue on ticket stub, either. This item is in the category "Entertainment Memorabilia\Music Memorabilia\Rock & Pop\Artists L\Led Zeppelin\Concert Memorabilia". The seller is "pjcas" and is located in this country: US. This item can be shipped to United States.: Concert Ticket Stub