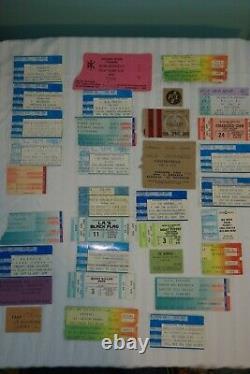 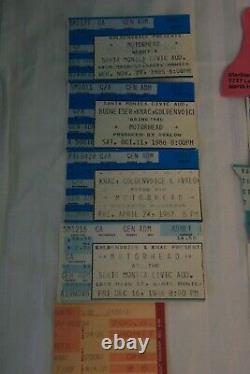 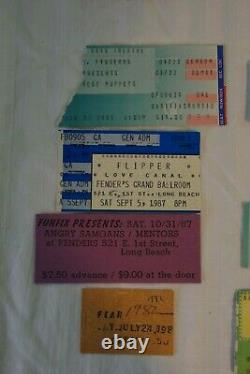 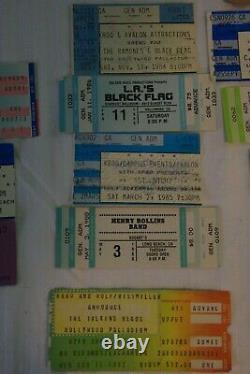 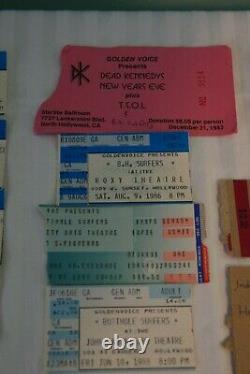 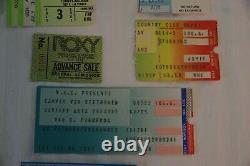 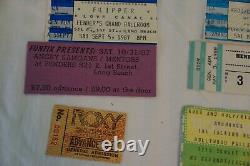 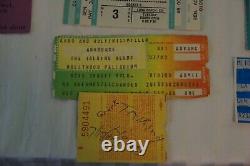 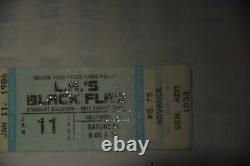 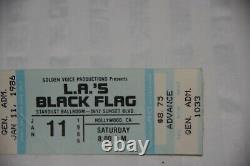 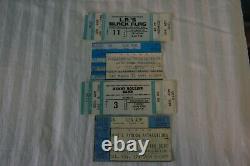 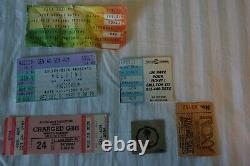 This listing is up so people can see what I have instead of listing all individually. If you see something you want, let me know and I'll create a separate listing for it.

Just let me know interest and make an offer. Large Lot Sale of my old punk rock concert ticket stubs. All were from the greater Los Angeles area in the 80's. These are just the shows that actually had tickets. So many club shows didn't even have tickets, just pay at the door and hand stamp. Included is the Black Flag /Ramones show at the Hollywood Palladium from'84 that resulted in the infamous riot described in Rollins Get In The Van and the Desolation Center Movie. One of the tickets here is from the first Desolation Center Mohave Exodus show.

Printed by Independent Project Press which was Bruce Licher from Savage Republic. He also did the Half Japanese/Christmas/Penn & Teller (yeah, they go back a long time) show. He also printed the little PIL/Savage Republic ticket for the PIL'82 Pasadena show pictured here as well. A few have dates etc. Written on them or back.

Talking Heads'82 and 83. The Charged GBH ticket was actually used for a Hot Tuna show strangely enough from'88 that I went to. No idea why they were using them. I wrote on the back that it was Hot Tuna. Desolation Center Mohave Exodus'83.

The item "Lot Rare Punk Rock Concert Ticket Stubs Black Flag Dead Kennedys Fear Ramones" is in sale since Wednesday, December 22, 2021. This item is in the category "Entertainment Memorabilia\Other Entertainment Mem". The seller is "electricauntjemima" and is located in Tallahassee, Florida. This item can be shipped to United States.