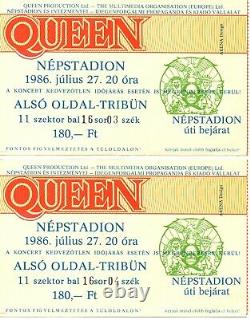 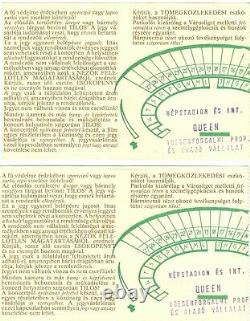 QUEEN - Rare original concert ticket when Queen played the Nepstadion, Budapest, Hungary on 27th July 1986. This was on their final Magic Tour with Freddie Mercury and one of Freddie's last live performances.

Queen were one of the few bands from Western Europe to play in the Eastern Bloc during the Cold War making this ticket highly symbolic in more ways than. Condition: See all scan pictures. The item "Two Queen Nepstadion Budapest 1986 Concert ticket stub side-by-side tickets" is in sale since Sunday, August 2, 2020. This item is in the category "Entertainment Memorabilia\Music Memorabilia\Rock & Pop\Artists Q\Queen\Concert Memorabilia". The seller is "deridefort" and is located in Baranya.